One of the privileges of our neighborhood is that quite a lot of expats are living here. That means that Sibylle and I not only can travel the world, what we very much like to do. But that the world is also visiting us! For 4 years we had the great pleasure of having a Norwegian family as neighbors and we became friends. On a nice day, Henriette rang at the door and she surprised us with warm home baked Kanelsnurrerr, or Cinnamon Swirls as the British probably will say. Delicious! Since that day we don’t associate the Norwegians with Vikings anymore but with Kanelsnurrerr 🙂 We never realized it, but Kanelsnurrerr belongs to the traditional Norwegian diet, just like salmon so to say. 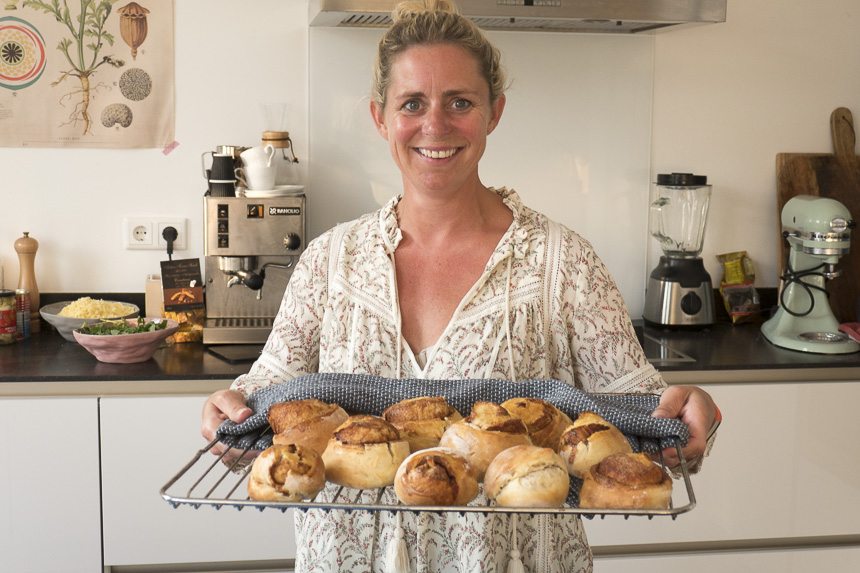 Fresh Kanellsnurrerr, but gone after 15 minutes, we still don’t know how 😉

And of course, Henriette shared her recipe with us, so here it comes for our dining table quests:

Mix it for 10 to 15 minutes in a Kitchenaid or similar food processor and then, let the dough rest for 1 hour. Make two equal parts of the dough and roll them out like a pizza, roughly a little bit less than one centimeter thick. Then strew a mixture of sugar and cinnamon over the two “pizza’s”. You need in total about 15 grams of cinnamon and 130 grams of sugar for that and you can mix it before you put it on the dough. Now roll each “pizza” so you get two “sausages”. Cut each one into 10 to 12 pieces. Put the pieces on a baking plate (covered with baking paper) and cover the pieces with some egg using a brush. That gives a nice finish. Now put the plate in a pre-heated oven (220 ⁰c.) for 10 to 12 minutes. Ready! Let them cool down a bit, preferably on a grid and enjoy!

While Henriette stayed with her family in The Hague, she at the same time worked part-time in Oslo. So she was a busy lady. But sometimes she was still able to put some Kanelsnurrerr in our lunch box, when we made one of our many trips to Switzerland. And we loved that! 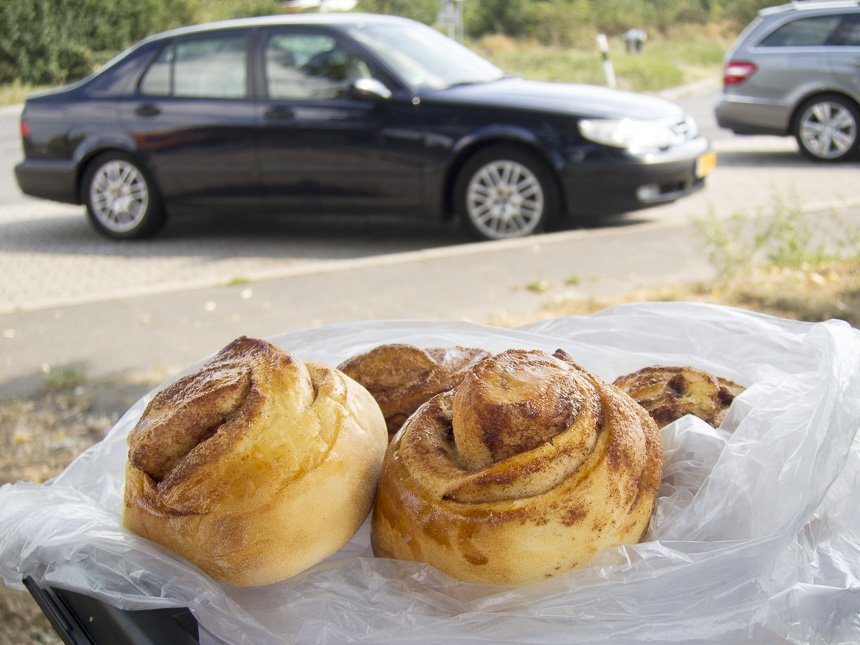 Some delicious Kanelsnurrerr “en route” on the autobahn

By the way, did you know that the EU tried to ban Kanelsnurrerr in Scandinavia? I mean Kanelsnurrerr VERBOTEN! Cinnamon could contain a slight amount of coumarin, a moderate poison. And that is not good for your health. The Swedes immediately declared it a “traditional and seasonal dish”, exempted from these regulations. And the Norwegians were, like the Swiss, smart enough not to join the EU in the first place. Probably you can make yourself equally popular in Germany by banning beer or in France by banning wine.